I blew past my goal! I set it lower based on last year’s experience where I felt like I wasn’t absorbing everything toward the end.

This year though, while I did have a few weeks where reading felt less enjoyable, I didn’t feel like stopping at my more modest goal.

I can’t help myself! So many good books, so little time. 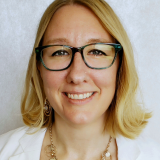